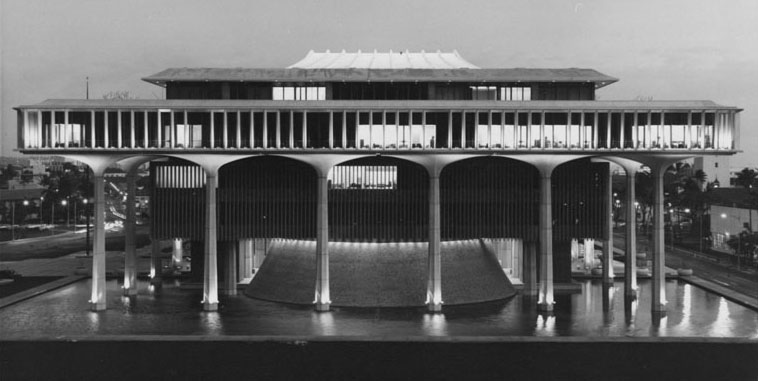 History of the Hawaiʻi Office of the Auditor

In 1950, delegates to Hawaiʻi’s first Constitutional Convention considered the position of the Auditor sufficiently important to establish it in the State Constitution. The delegates envisioned an Auditor who would help eliminate waste and inefficiency in government, provide the Legislature with a check against the powers of the executive branch, and ensure that public funds are expended according to legislative intent.

The State Constitution in Article VII, Section 10, establishes the position of Auditor. To ensure independence from undue pressure from individual legislators, the executive branch, and forces outside government, the Constitution specifies that the Auditor be appointed for an eight-year term by a majority vote of each house in joint session. The Auditor may be removed only for cause by a two-thirds vote of the members in joint session.

It is the constitutional duty of the Auditor to conduct post-audits of the transactions, accounts, programs and performance of all departments, offices, and agencies of the State and its political subdivisions. The 1978 Constitutional Convention clarified these duties, making clear that the office’s post-auditing functions are not limited to financial audits, but also include program and performance audits of government agencies. While financial audits attest to the accuracy of financial statements and adequacy of financial records and internal control systems of agencies, program and performance audits assess the performance, management, and effectiveness of government agencies and programs providing information to improve operations, facilitate decision-making, and increase public accountability. Click here for a more complete discussion.

The Auditor also undertakes other studies and investigations as directed by the Legislature. In addition, Chapter 23, Hawaiʻi Revised Statutes, gives the Auditor broad powers to examine all books, records, files, papers, and documents, to summon persons to produce records and answer questions under oath, to hold working papers confidential, and to conduct post-audits as the Auditor deems necessary. These powers in their totality support the principles of objectivity and independence that the 1950 constitutional drafters envisioned for a fearless watchdog of public spending.

In 1965 the office became a reality when a joint session of the House and Senate appointed Clinton T. Tanimura as the State’s first Auditor. After serving more than two terms, Mr. Tanimura retired in 1988 and Newton Sue became the Acting State Auditor. In 1989, under Mr. Sue, the office adopted generally accepted government auditing standards (GAGAS) promulgated by the U.S. Government Accountability Office (GAO) to ensure the credibility, reliability, and quality of its audit reports. Mr. Sue retired in 1991 and Marion M. Higa became the Acting State Auditor. Ms. Higa was appointed as Auditor in 1993 and served more than two terms. Upon Ms. Higa’s retirement in 2012, Jan K. Yamane served as the Acting State Auditor until Leslie H. Kondo was appointed Auditor as of May 1, 2016.

The Auditor has overall responsibility for the policies and direction of the office. The Auditor is supported by a deputy auditor, six other managers, 15 analysts, and four information technology and office services staff. The tasks of planning, researching, and drafting audit reports and other work products are carried out individually or by teams. Our staff comes from a variety of backgrounds including public administration, accounting, education, business administration, journalism, and law. When specialized expertise is needed, the office contracts with consultants. We also contract for the majority of the State’s financial statement audits. We publish our reports largely in-house.