19-13, Audit of the Department of Education’s Administration of School Impact Fees 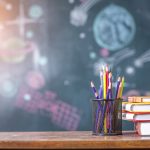 LOCAL GOVERNMENTS COLLECT IMPACT FEES to offset the cost of new and expanded public facilities needed to serve new residential developments. Hawai‘i’s school impact fee law, codified as Sections 302A-1601 through 302A-1612, Hawai‘i Revised Statutes (HRS), requires that all builders of new residential units within a designated school impact district pay impact fees – individual home builders and large developers alike. The law sets forth formulas for calculating school impact fees, which include land for new schools (or fees in lieu of land) and a percentage of the estimated cost to build new schools.

In addition, the department is dependent on the cooperation of county building departments to enforce the impact school fee law. It has not promulgated administrative rules to proscribe the process it intends the counties to follow before issuing building permits for new residential construction in an impact fee district. According to the Deputy Director of the City and County of Honolulu’s Department of Planning and Permitting, without any formal agreement in place, they have simply been “accommodating” the DOE’s request to help implement the school impact fee law. In the case of the West Hawai‘i school impact district, which was the first to be designated in April 2010, Hawai‘i County decided not to cooperate. The DOE suspended implementation of the district shortly thereafter, even though the county is prohibited by law from issuing building permits for new residential construction in impact fee districts until the DOE has confirmed that the applicant has satisfied the school impact fee requirements.

How did these problems occur?
The DOE delegates the responsibility for establishing impact fee district boundaries and the amount of the impact fees to be assessed in the particular district to a single employee, a Land Use Planner, who has not been provided administrative rules, written policies, or formal procedures for guidance. Instead, the planner explained that designating districts is a matter of being “intuitive” or having a “feel” for the general development climate based on media reports and “keeping an ear to the ground.” The Public Works Manager, who supervises the program, clarified that the process involved the use of “professional judgement,” a matter of staff tapping years of experience of working in real estate development.

Neither the Land Use Planner nor the Public Works Manager, however, could recreate the specific factors they considered in evaluating the need for new schools or additional classrooms, the timing of such reviews,
or other material aspects of their analyses. These inconsistencies were especially apparent in the department’s calculation of school impact fees, which at times was based on questionable assumptions. For example, in the case of the Kalihi-Ala Moana (KAM) district, the department made
a number of “urban exceptions” to account for the lack of available and affordable real estate. Despite these adjustments, the resultant school impact fee of $9,374 was two to four times higher than the fees for the other districts. Subsequent workarounds and adjustments, including a change to a Board of Education policy on acreage requirements for new schools, eventually reduced the fee to $3,864.

In regard to these efforts, the Public Works Manager was not convinced the new policy could stand without further study. “I’m not convinced that a policy like this is defensible,” he said.

Why do these problems matter?
Since 2007, only $5.3 million in school impact fees have been collected – a fraction of the $80 million to $100 million the DOE estimates it needs to build a single school. The DOE’s inconsistent and problematic implementation of the school impact fee law calls into question the relevance and appropriateness of the fees that have been collected to date. The delay in assessing school impact fees from residential developers in the KAM impact fee district alone allowed developers to avoid paying school impact fees relating to 32 building permit applications, representing a total of 2,806 planned residential units. Based on an all-cash fee of
$3,864 per unit for the KAM district, we estimate that nearly $11 million in potential fee revenue was not collected by the department.

The designated district boundaries raise further questions about whether they satisfy the constitutional requirement that there be a “nexus,” or reasonable connection, between the development of new residential units and the need for additional classroom capacity.