19-12, Audit of the Department of Land and Natural Resources’ Special Land and Development Fund 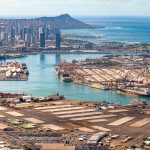 THE DEPARTMENT OF LAND AND NATURAL RESOURCES’ (DLNR) land portfolio contains more than 1,600 income-generating properties that produce substantial revenue through the issuance of long-term leases and one-year revocable permits. Those proceeds are held with other revenues in the Special Land and Development Fund (SLDF), which DLNR relies on to fully fund its Land Division, the Office of Conservation and Coastal Lands, and the Engineering Division’s Dam Safety and Geothermal programs, as well as supplement the budgets of other offices and divisions within the agency. Since it was statutorily created in 1962, the SLDF has become
a critical funding source for natural disaster response, hazard mitigation, and conservation programs, as well as providing state matching funds for federally funded endangered species and invasive species initiatives.
What we found
Our audit focused on the Land Division’s management of its public lands and its administration of the SLDF. We found the Land Division lacking in both areas. Specifically, the Land Division does not have a strategic plan for the long-term management of its public lands, an asset management plan to optimize revenue in keeping with its public trust obligations, and clear and coherent policies and procedures to guide its day-to-day operations. The absence of long-range planning has left the Land Division staff without the expertise, resources, and options to actively and effectively manage its land portfolio. Not only is the division ill-prepared to take advantage of opportunities to enhance revenues for the State, the division cannot perform two core lease management functions: collecting delinquent rent and performing annual field inspections. Due to these shortcomings, lease extensions have become the norm, which potentially benefits a few lessees at the cost of foregoing substantial state revenues and denying the wider public new opportunities to lease state land. Similarly, most of the Land Division’s “temporary” revocable permits are decades old, which has allowed a number of tenants to continue using thousands of acres of public land, many at less than fair market rates.
When it comes to administration of the SLDF, we found DLNR does not accurately account for moneys in the special fund and underreported cash balances to the 2018 Legislature by more than $1.5 million. It has also allowed more than $1.5 million to sit idle in the SLDF for more than five years.

How did these problems occur?
The Land Division Administrator believes that Chapter 171, Hawai‘i Revised Statutes, provides all the guidance the division needs to manage its public lands, so he does not see the need for administrative rules or written policies and procedures. He also does not see the benefit in long-range planning, as the division’s direction can shift whenever there is a change in administration or board composition. But this short-range thinking has left the Land Division unprepared to strategically grow its income in terms of staffing, expertise, and resources; for instance, land agents are trained to issue ground leases, but not space leases that could yield higher rents.
The Land Division and the Land Board have been entrusted with public lands and, per
the Attorney General, have a fiduciary duty to manage that trust solely in the interest
of its beneficiaries, the people of Hawai‘i; to deal impartially when there is more than
one beneficiary; and to use reasonable skill and care to make trust property productive. Some Board of Land and Natural Resources members seem to misunderstand their
public trust responsibilities, however. They do not believe these responsibilities include maximizing income to the extent possible. Rather, they cite the need for balance, fairness, reasonableness, and retention of good tenants, which we believe is putting the interests of individual lessees above those of the rest of the public.
The Land Division, meanwhile, has already missed opportunities to increase income for the State. For example, when 70 leases in the Kanoelehua Industrial Area on Hawai‘i Island began expiring in 2014, the Land Division had an opportunity to consolidate and re-subdivide properties to meet growing demand for 2- to 3-acre parcels, as well as to let the ground leases expire and be converted to space leases. By our calculation, extending just 16 of the leases instead meant the State lost out on $1.6 million in potential revenue. In addition, by not adjusting rents as required by statute, many tenants are paying well-below market rates. An appraisal of just 113 of the Land Division’s 340 revocable permits by CBRE, Inc., showed the Land Division’s rent was nearly $838,000 below market rates.
We further found that DLNR misunderstands its own special fund, which is reflected in its reports to the Legislature. For instance, DLNR reported that the SLDF is comprised of only two accounts when it is, in fact, comprised of 25 accounts. Compounding matters, we determined that DLNR did not report 15 of the SLDF sub-accounts on its non-general funds report to the Legislature, consequently understating the total SLDF balance by more than $1.5 million and preventing the Legislature from considering the use of excess moneys for other public purposes.
Why do these problems matter?
DLNR and the Land Board’s inability to do anything but maintain the status quo has led to a loss of revenue for the State, as well as a loss of opportunities for potential lessees to lease public lands. Further, special funds are created for specific programs and purposes and cannot be used for anything else. Inaccurate reporting obscures whether the funds are being used appropriately, as well as if there are excess moneys that could be moved into the general fund to address other priorities within and outside of DLNR.