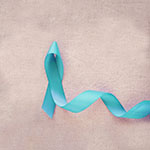 HOUSE BILL NO. 484, introduced during the 2019 legislative session, would require health insurers to provide clinical victim support services coverage to victims of sexual violence and abuse. The services are defined in the bill as follows:
• Coordinating with other health care providers;
• Assisting victims of sexual violence in obtaining appropriate government entitlements, access, insurance coverage, and other appropriate programs and services offered by government agencies and community organizations; and
• Coordinating with schools, employers, and other individuals and entities concerning a victim of sexual violence.

Survey data collected by the Centers for Disease Control (CDC) from 2010 through 2012 found more than 33 percent of women in Hawai‘i experienced some form of contact sexual violence during their lifetime, and nearly 15 percent had experienced rape or attempted rape. Because sexual violence can lead to injuries, post-traumatic stress disorder, reproductive health issues, and other mental health and functional impairments, the proposed legislation would make coverage of services defined in the bill mandatory, such as interventions by licensed mental health professionals and coordination with non-medical providers. For Report No. 19-17, Study of Proposed Mandatory Health Insurance for Clinical Victim Support Services for Victims of Sexual Violence and Abuse, we surveyed commercial health plan providers that collectively insure about 90 percent of the state population. The three largest insurers, whose members account for about 73 percent of state residents, responded that the services described in House Bill No. 484 are already covered. Changes in policy designed to facilitate reimbursement for these services are a relatively recent development, however. This, coupled with a lack of relevant data, presented challenges to assessment.

Social and Financial Impacts of House Bill No. 484
State law requires the Auditor to conduct an impact assessment before the Legislature can consider any measure mandating health insurance coverage for a specific health service, disease, or provider. Senate Concurrent Resolution No. 171, Senate Draft 1, asked the Auditor to assess the social and financial effects of requiring health insurers to include clinical support services for victims of sexual violence and abuse coverage under their individual and group policies. We were unable to determine the number of sexual violence victims who received any clinical support services specified in House Bill No. 484; more generally, however, three of the four 24/7 statewide sexual violence service providers reported serving a total of 1,579 victims in 2017 and 1,614 in 2018. A new policy implemented by the State’s largest insurer in January 2019 identified a medical code that licensed mental health providers can use to bill for support services provided to victims of sexual assault, and the second largest insurer plans to do the same. The medical code will make it easier to determine how many victims of sexual violence and abuse obtain support services.

In terms of financial impact, most insurers surveyed said mandated coverage would likely increase the cost of services, but none provided an estimate. The State’s Insurance Commissioner testified the proposed coverage mandate could be construed as an additional benefit under the State’s essential health benefits, which would obligate the State to defray the cost.

Recommendation
We were unable to determine how many sexual violence victims received, or are currently receiving, support services as described in House Bill
No. 484. However, the State’s three largest providers, who insure 73 percent of Hawai‘i residents, stated those services are already covered. Once the State’s two largest insurers both have medical codes in place, they will be able to track how often the services are being provided and billed for, and whether the claims are being approved by insurers. This data will be helpful to the Legislature if it considers mandating health insurance coverage for these support services in the future.